Budgetary policy and macroeconomics - Macroeconomic model building and forecasting
23.09.2020 Christopher A. Hartwell, a leading researcher on economic and political institutions and a prominent economist globally, will assist CASE Ukraine in joining efforts to solve issues of post-Soviet countries and in Europe. 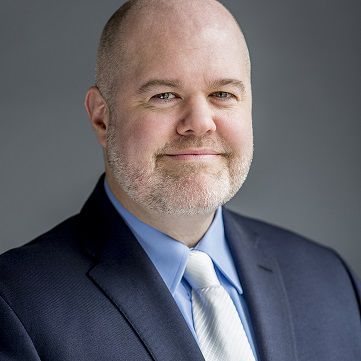 The general meeting of CASE Ukraine non-governmental organisation approved a motion to enlarge its  Board membership by including Christopher Hartwell, the former President of CASE-Center for Social and Economic Research based in Warsaw.

‘I am delighted to join the Board of CASE Ukraine. In a world of dezinformatsiya, think tanks are crucial for providing the evidence-based solutions which can drive effective policies, Christopher Hartwell says explaining his decision to join CASE Ukraine management.

‘I hope to bring the wealth of knowledge I have from being President of CASE in Warsaw, as well as elsewhere throughout the former Soviet Union, to help CASE Ukraine to meet its full potential. CASE Ukraine is poised to constructively contribute to solving the issues facing not just Ukraine, but Europe and the CIS.

In addition to his academic work, he worked at the U.S. Department of the Treasury and has advised governments and the private sector on economic policy issues in Armenia, Azerbaijan, Georgia, Kazakhstan, Kyrgyzstan, Moldova, Poland, Ukraine and Croatia.

He has published in prestigious political science and economics journals such as Journal of Economic Behavior & Organization, Explorations in Economic History, JCMS: Journal of Common Market Studies, Cambridge Journal of Economics, Journal of Economic Policy Reform, Regional Studies, and Post-Communist Economies, and has nearly 500 citations to date. Prof. Hartwell regularly appears in the media (Wall Street Journal, the Washington Post, the Financial Times etc.) as a contributor and economic expert.

Prof. Hartwell holds a PhD in Economics from the Warsaw School of Economics and an MPP in International Trade and Finance from Harvard University. He is the author of Institutional Barriers in the Transition to Market: Examining Performance and Divergence in Transition Economies (Palgrave Macmillan, 2013) and Two Roads Diverge: The Transition Experience of Poland and Ukraine (Cambridge University Press, 2016).